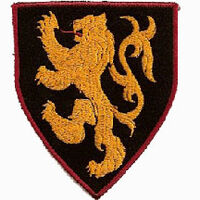 The Pride was a nickname for a team of the Umbrella Secret Service consisting of five people: "Lucci", "Cross-Hairs", "Domino", "Ruskie", "Deadman". "Lucci" serves as the teams leader and holds the highest rank. The team was sent into Redwood City to save an Umbrella Scientist and to rid any evidence of them being there. Though no assassinations were planned, they were forced to kill any survivor that saw them as they would know of their existance.

During the Redwood City Incident,

Retrieved from "https://residentevilfanon.fandom.com/wiki/The_Pride?oldid=24937"
Community content is available under CC-BY-SA unless otherwise noted.