Jane Valentine was born on April 29,1990 to Ben and Julian Valentine and raised in Miami,Florida. when she was 4 years old and her brother Drake was 5, her father was drafted into the United States Army and was killed in combat 2 years later and her mother took it hard. Jane's mother didn't re-marry until 1975 when she met Richard Stanton and his 6 year old son George Stanton. By 17, she was already accepted into college, however didn't go because of the family buisness which was Stanton Antiques in Miami. By 20, her step-father died of cancer and she took over as the head of the buisness.

By 20, Jane was already working and making a lot of money, however one night, when she was walking home from the shop, she was being chased by people who were infected with the T-Virus, however she made it home and barricaded her, her brothers and her mother into their 3 story apartment complex. Within 2 days the chaos grew and Jane decided to move out, so she and her family managed to pack the car and drive out of Florida before the Umbrella Corporation could issue a quarantine, due to the fact the main strike forces were keeping the infected under quarantine in Raccoon City. By 21, Jane and her family discovered and joined the Anti-Umbrella group known as Division Delta Codenamed:Anti-Virus who trained them, fed them, armed them and gave them hope against the monsters and the Umbrella Corporation.

While Jane was fighting off Umbrella, she discovered in 2008 that she was indeed a clone of Jill Valentine, but was given a different personality and minor alter in appearance and that her mother was used in an experiment with new cloning technology. She then realized the her mother was her half mother and that her brothers were infact her stepbrothers.

By 2009, Jane met future Division Delta leader Michael Franklin Miller while on the mission known as "Wesker's Final Curtain Call" and after the death of Albert Wesker and the destruction of the remaining members of the Umbrella Corporation in 2013, Miller proposed to Jane and they married within June of that year. A year later, Jane gave birth to their son Dean Miller and she became his Field Marshall.

Once Jane and Michael were married, she was bitten by her husband (Which is a common transmission of T-Virus Alpha) on their honeymoon and now she is like him, possessing strength, speed, healing, reflexes, agility, heightened senses and the rest of her husband's powers and abilities. She is more skilled with using both Pistols and Submachine Guns, however is also skilled with certain Assault Rifles and Shotguns and is an expert in unarmed combat and martial arts.

Since Jane is a perfect clone of Jill Valentine, but with only minor alters to her appearance. Unlike Jill, Jane has natural jat black hair and emerald green eyes. She also is known to be as skinny as Jill and has some of her knowledge thanks to her memory being accurate. Jane wears either a uniform or catsuit with steel tipped boots and reinforced body armor thanks to her husband's innovative mind. Jane and her husband Michael with their EP-9s 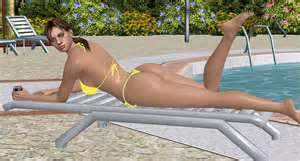 Jane while on her honeymoon with Michael 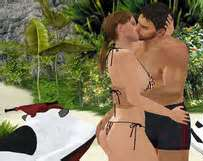 Michael and Jane on their Honeymoon 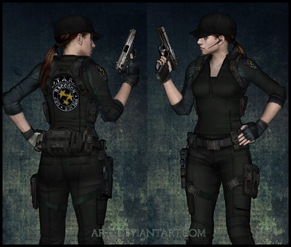 Jane undercover as a member of S.T.A.R.S 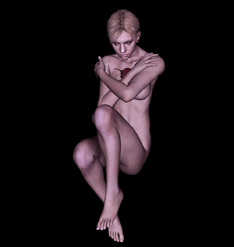 Jane during the cloning process before alterations 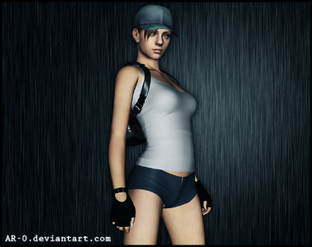 Jane in her regular clothes 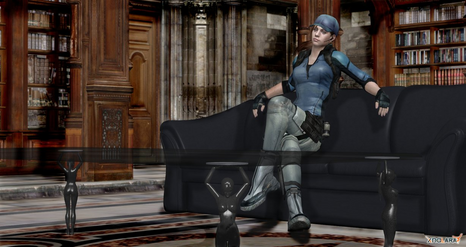 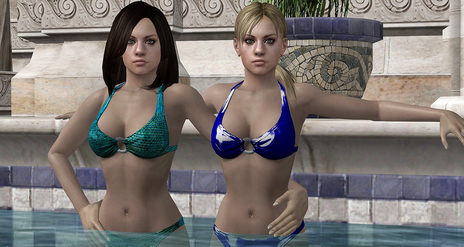 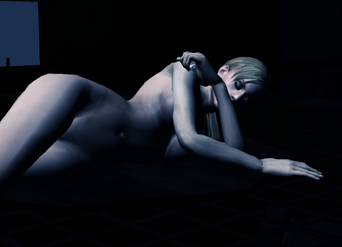 Jane and Michael at home in regular clothes 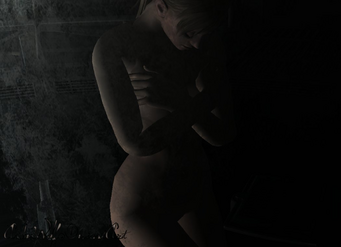 Jane in her Cloning Tube 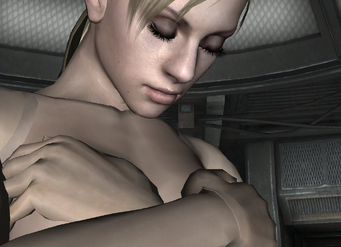 Jane asleep in her cloning tube while undergoing alterations 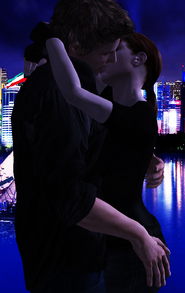 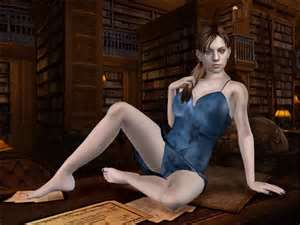 Jane at Miller Hall while "In the mood" 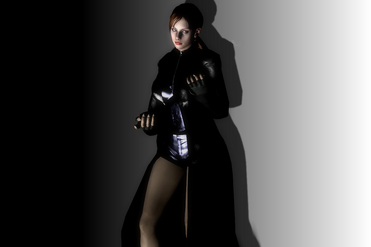 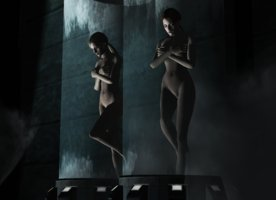 Clones of Jane and Jill in their cloning tubes 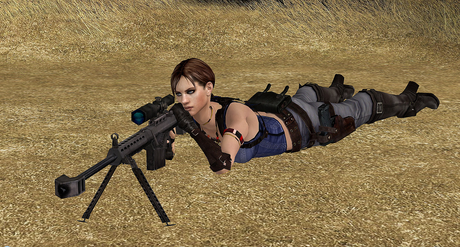 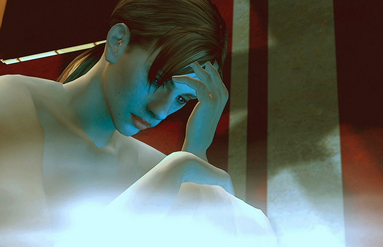 Jane contemplating about her sister Janine while in the shower 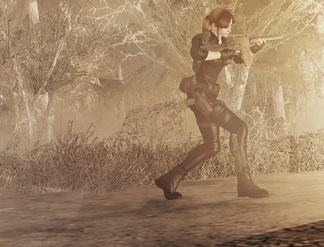 Jane on a mission armed with a Colt M-16A1 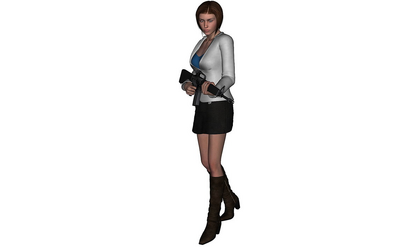 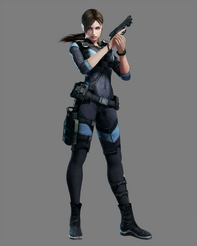 Jane holding her EP-9
Add a photo to this gallery
Retrieved from "https://residentevilfanon.fandom.com/wiki/Jane_Valentine?oldid=38896"
Community content is available under CC-BY-SA unless otherwise noted.